Olympic and Paralympic triathlon qualification will not start before 1st May 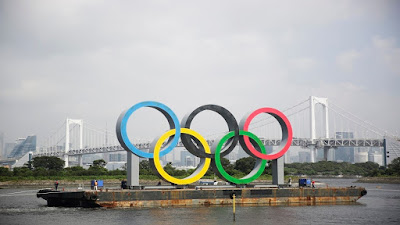 In a meeting held on 4 February via teleconference, the World Triathlon Executive Board discussed the re-start of the Olympic and Paralympic qualification periods. After consultation with the Athletes, Coaches, Medical and Technical Committees, the Board approved a decision to wait a few more weeks to see how the current situation with the Covid pandemic evolves before having the final say on the Olympic and Paralympic rankings.

The Board has decided that the Olympic and Paralympic qualification will not re-start before 1 May and the final decision about this will be made on 18 March. The standings were frozen last March, with events that took place at the end of the 2020 season not counting for either the Olympic or the Paralympic rankings

The Executive Board reviewed the planned calendar for the 2021 season, with the World Triathlon Championship Series and the World Triathlon World Cups due to restart after 1 May as well. World Triathlon Cup Miyazaki, due to take place on 20 March, unfortunately had to be canceled by the Japanese Triathlon Union and the local organizing committee, due to the current travel restrictions in the region.

The Board also approved, with the full support of the Para Triathlon Committee, to nominate Katerina Magkou (Greece) as Head of Classification and Javier Martinez Gramaje (Spain) as Deputy Head. Alan Beckford (Jamaica) has been appointed as member of the Women’s Committee.

The World Triathlon Executive Board also approved the Athlete’s Agreement that will be in place for the 2021 season, and gave the green light to the report on the current situation of Winter Triathlon, a discipline that has the full support of the Board to continue growing within World Triathlon.

In addition, the EB approved the development agreement with the European Continental Confederation for the 2021 year.