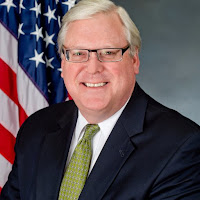 Cuomo made the claim at the Capitol Monday afternoon during a virtual news conference with reporters.

O’Mara, the Ranking Member of the Senate Investigations Committee, said, “I strongly reject Governor Cuomo’s latest attempt to steer clear of any investigation of his administration. In fact, this crisis and the ongoing attempt by the governor and his allies to have the final word demands a full investigation by the federal Department of Justice and the state Attorney General. Enough of their endless doublespeak. It is time for independent, trained investigators to be allowed to do their jobs and report the unfiltered truth.”

In the weeks following a January 28 report from state Attorney General Letitia James that revealed significant under-reporting by the Cuomo administration on COVID-19-related nursing home deaths, O’Mara and his Senate GOP colleagues have been calling for independent investigations of the governor and top administration officials to compel testimony and obtain all records related to the ongoing crisis.