The Militarization Of The South China Sea (Video) 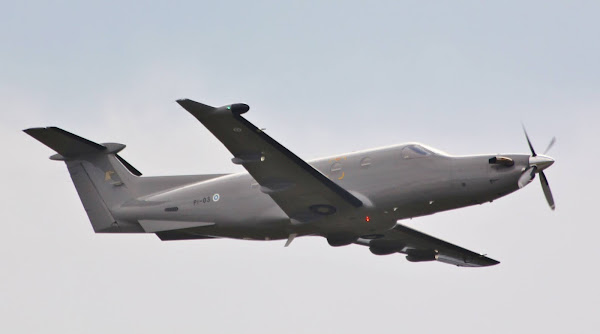 PC-12 (Wikiwand)
Defense One: New Plane Key to Special Ops Vision for Africa, General Says
Air Force Special Operations Command is planning flight demonstrations in coming months. A new aircraft that can fly reconnaissance missions and bomb enemy forces is key to U.S. special forces’ future in Africa, the head of Air Force Special Operations Command said Tuesday.
Lt. Gen. James Slife spoke as the Biden administration reviews the U.S. military’s global footprint and prepares to advise Congress on reorienting American forces for future conflicts.
“I would suggest to you that if we want to maintain pressure on those violent extremist organizations that pose a threat to the United States — that pose a threat to the homeland — we may need to remain engaged in portions of Africa against very specific threats and not just broadly, anywhere where there's an extremist, but specifically where those that pose an external threat are,” Slife said Tuesday during a Mitchell Institute for Aerospace Studies Zoom event.
Read more ….
WNU Editor: It makes sense that (to me) that the US Air Force wants to field counterinsurgency aircraft that are cheaper to fly than high-performance fighter jets. What does not make sense is that the Congress is saying no.Original Article

WNU Editor: The rocket landed successfully, but a few minutes later it exploded due to …