U.S. Senator Ted Cruz Should Not Have Left For A Vacation With A Disaster Unfolding In His State

zekal3_3 2021-02-19 Fashion, Life & Love Comments Off on U.S. Senator Ted Cruz Should Not Have Left For A Vacation With A Disaster Unfolding In His State 48 Views 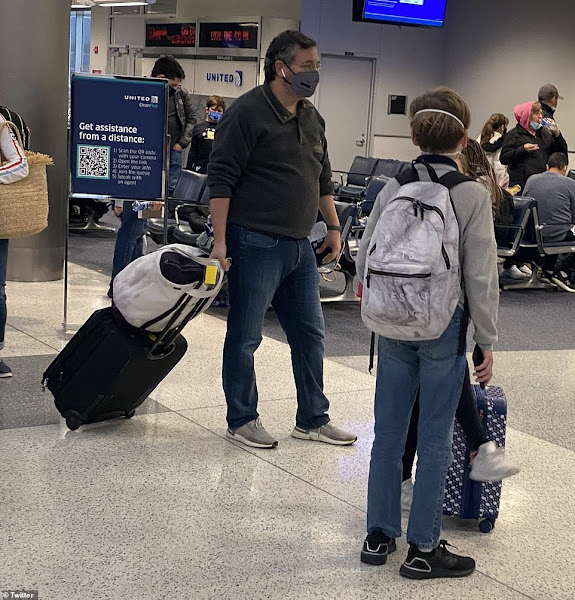 Ted Cruz is pictured on Wednesday afternoon at Houston Airport jetting to Cancun with his wife and kids on a United Airlines flight while more than 3million Texans were freezing in their homes without power. On Tuesday, he told people to stay at home and 'hug their kids'and above all else, avoid driving or traveling in the dangerous conditions
Reuters: After blizzard of criticism over Mexico trip, Senator Ted Cruz flies back to frozen Texas
CANCUN, Mexico (Reuters) – U.S. Senator Ted Cruz flew into a storm of criticism on Thursday after leaving his home state of Texas in the grip of a deadly deep freeze, for a family holiday jaunt to the Mexican resort of Cancun he said he took to please his young daughters.
“It was obviously a mistake. In hindsight, I wouldn’t have done it,” the 50-year-old Republican told reporters as he returned to Houston. Cruz said he had planned to stay through the weekend, but had second thoughts “almost the moment I sat down on the plane.”
In text messages obtained by American Bridge, a Democratic political group, Cruz’s wife Heidi asked neighbors whether they wanted to accompany the family to Cancun.
Read more ….
Update: Ted Cruz's wife Heidi planned family Cancun trip to escape 'FREEZING' Houston: Leaked texts contradict senator's claim he was indulging his daughters with vacation as he returns to find protesters outside his home (Daily Mail).
WNU Editor: He got caught, and the optics are terrible. He will be paying a political price for his poor judgement.
Update #2: I was wondering yesterday on where is President Biden? This is his first national emergency. It looks like his staff are on top of this …. Joe's Snow Day: Hannity slams Biden for making NO public appearances amid Texas storm disaster – but the president posts a tweet at 11.30pm of his call with Gov. Abbott to prove he WAS working (Daily Mail).Original Article