Women In Saudi Arabia Can Now Join The Military 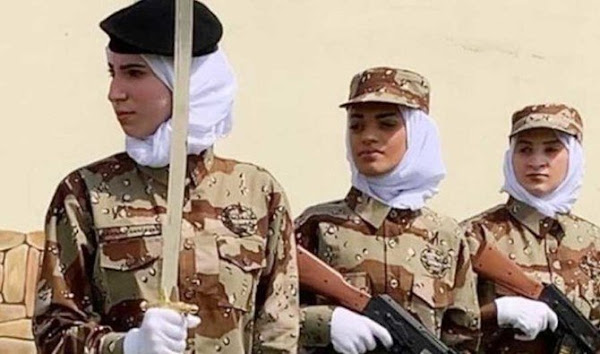 All applicants must have a clean record and be medically fit for service. (Supplied)
Bloomberg: Saudi Women Can Join Military in Latest Widening of Rights
Women in Saudi Arabia can now take up arms and enter the military, the latest profession in the kingdom to open up to female recruits.
Saudi Arabian women can be employed as soldiers, lance corporals, corporals, sergeants, and staff sergeants, according to the Saudi-based Arab News.
Jobs have been gradually opening up for Saudi women, whose increased participation in the workforce is part of Crown Prince Mohammed bin Salman’s plans to transform the Arab world’s largest economy.
It is now common to see Saudi women working as cashiers in shopping malls and taking up roles that were previously limited to men, such as waiting tables in restaurants and brewing cappuccinos in coffee houses.
Read more ….
Update #1: Saudi Arabia opens military recruitment to women (Arab News) Update #2: Saudi Arabia allows women to join military (Gulf News)
WNU Editor: Another sign that the times are changing.Original Article