Why Iran Stays Quiet On China’s Treatment Of The Uighurs 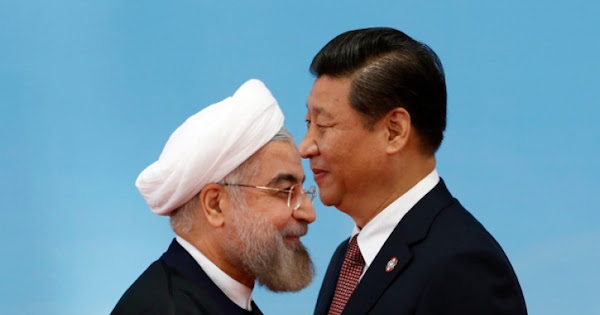 Chinese President Xi Jinping and Iranian President Hassan Rouhani in a file photo. Photo: Facebook
Kourosh Ziabara, Asia Times: Why Iran won’t cross China on the Uighurs
Iran's deafening silence on China's Uighur Muslim repression speaks volumes about Tehran's reliance on Beijing's money
Iran has long championed the cause of repressed Muslims worldwide, an often vocal stance that has underpinned the Islamic Republic’s self-proclaimed leadership role in the Muslim world.
But Iran has willfully ignored the ordeal of more than 1.5 million Uighur Muslims now confined by China in controversial “vocational training” camps, a silence that has spoken volumes about Beijing’s growing influence over Tehran.
Read more ….
WNU Editor: China buys Iran's oil. Like most things in the world. Its all about the money.Original Article