Taliban Accuse Kabul And Washington For Not Respecting The Doha Deal

zekal3_3 2021-02-24 Fashion, Life & Love Comments Off on Taliban Accuse Kabul And Washington For Not Respecting The Doha Deal 48 Views 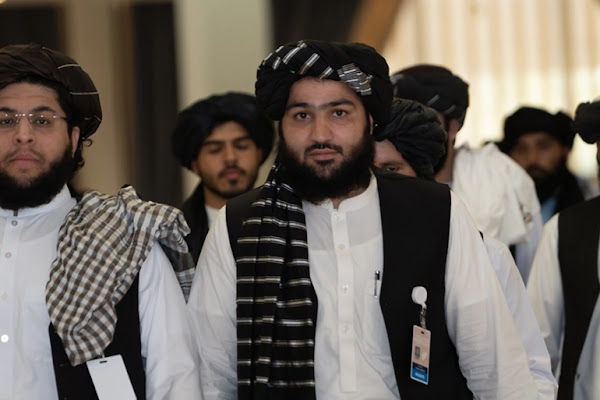 Last week, the Taliban issued an 'open letter' calling on Washington to pull out the troops [File: Sorin Furcoi/Al Jazeera]
Al Jazeera: Taliban blames Kabul, Washington for not abiding by Doha deal
Taliban accuses the Afghan government and the US of not fully honouring the agreement signed last year.
Doha, Qatar – The Taliban has blamed the Afghan government and its Western allies for not living up to the agreement signed last year despite months of negotiations, including the release of prisoners and withdrawal of foreign forces.
A senior member of the Taliban’s political office in Doha told Al Jazeera all Taliban prisoners were to be released three months after the initiation of intra-Afghan dialogue in the Qatari capital.
“It’s been [more than] five months and they haven’t released a single prisoner,” said the Taliban official, who did not wish to be named, blaming the Afghan government led by President Ashraf Ghani for the delay.
The comments came as the Afghan armed group resumed talks with the Afghan government in Doha on Tuesday after weeks of delays and a change in US leadership.
Read more ….
Update: Exclusive: Taliban Warns Biden Going Back on Afghanistan Deal 'Causes Problems' (Newsweek)
WNU Editor: The Germans are preparing to stay …. Germany prepares way for its troops to stay in Afghanistan (AP). Here are the Biden administration's options …. Biden has only bad options as Afghanistan withdrawal deadline nears (Axios).Original Article