Report Says The Cost To Build 15 New Warships For The Canadian Navy Will Be $77 Billion!!! 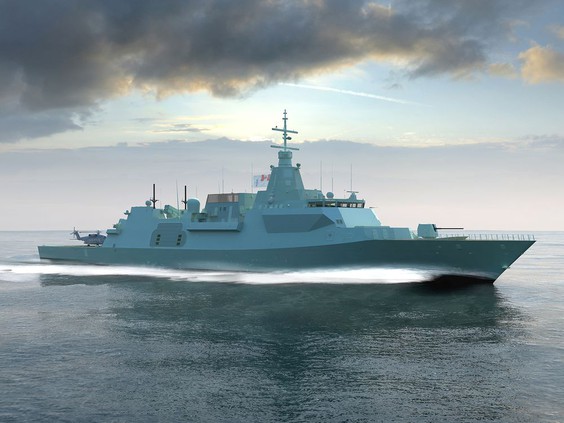 An artist's rendering of the Type 26 Global Combat Ship. PHOTO BY IMAGE PROVIDED /Lockheed Martin Canada
National Post: Cost of Navy warship program jumps again, and is now estimated to be $77 billion: PBO report
The controversial surface combatant project has faced delays and significant increases in cost as the price tag has climbed from an original $14-billion
The cost of Canada’s proposed fleet of warships has jumped to an estimated $77 billion, according to a new report from the parliamentary budget officer.
The report, released Wednesday by Yves Giroux, outlined how the price tag of the Canadian Surface Combatant fleet increased by $7.3 billion in less than two years.
The controversial project, which would see Canada purchase 15 Type 26 warships from Lockheed Martin and BAE, has already faced delays and significant cost increases — and a contract has not yet been signed.
The vessels are meant to replace the current Halifax-class frigate fleet and are to be built for the Royal Canadian Navy at Irving Shipbuilding on the east coast.
Read more ….
Update #1: Cost estimate rises for Halifax-built warships: Parliamentary budget officer (CTV News) Update #2: PBO’s latest estimate says warships will cost $77B as estimated price jumps $17B (Global News/Canadian Press)
WNU Editor: cheaper alternatives are now being offered …. PBO says mixed frigate fleet and other designs offer cheaper options to navy program (CBC)Original Article

Previous Are These the High-Tech Combat Drones Of The Future?
Next Picture Of The Day