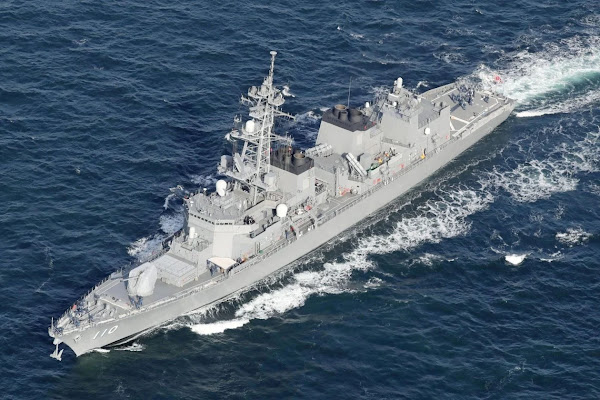 Image: Reuters
Kris Osborne, National Interest: How a Navy Warship Could Soon Kill a Hypersonic or Nuclear Missile
The missile defense of many destroyers is about to get a whole lot better.
Japanese and Canadian warships are evolving their maritime missile defense posture to expand the envelope at which it can detect and destroy incoming missiles, hypersonic weapons and even intercontinental ballistic missiles (ICBMs). To accomplish this, their warships are integrating a new high-powered, more sensitive ship-based radar system engineered to achieve longer ranges and greater precision. The concept is, among other things, to empower Navy ships with an ability to track and destroy enemy ICBMs from the ocean.
Read more ….
WNU Editor: It all come down tom improving the Aegis radar.Original Article