Can The U.S. Prevent A War Over Taiwan? 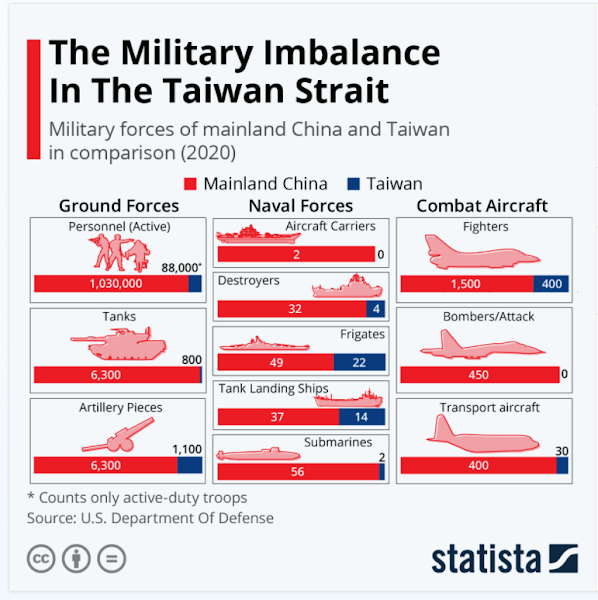 Robert D. Blackwill and Philip Zelikow, War On The Rocks: Can The United States Prevent A War Over Taiwan?
Taiwan is becoming the most dangerous flashpoint in the world. Events in and involving the small democracy could spark a war that draws in the United States, China, Japan, and possibly others. The administration of President Joe Biden should develop a more credible U.S. strategy to deter such a war.
What even many watchers of world politics could neglect, distracted by so many other global problems and noisemakers, is how much the situation surrounding Taiwan has changed in the last few years. China’s decision to crush local governance and effective rule of law in Hong Kong has had large effects. It changed politics in Taiwan in favor of a president whom China regards as a separatist. Chinese leaders doubled down on xenophobic nationalism and repression, escalating pressure on Taiwan both rhetorically and militarily. Taiwan has begun a significant program of rearmament with a seriousness not seen in a generation, supported by the United States, yet there is a significant window of time before this program can bear sufficient fruit.
Read more ….
WNU Editor: The U.S. does have leverage over China that can "persuade it" to not invade Taiwan. But over time I am not sure, and China is clearly playing the long game when it comes to Taiwan. But if Beijing should make the decision to launch a military offensive against Taiwan, there is nothing much that we can do to stop it. The question then becomes …. do we go to war against China over Taiwan? I know many in China have made the calculation that the Biden administration allies will not get involved.Original Article