Is America Back? The World Isn’t So Sure 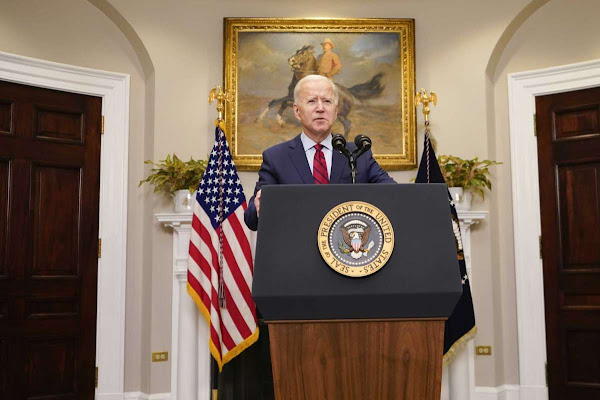 President Joe Biden speaks in the Roosevelt Room of the White House, Saturday, Feb. 27, 2021, in Washington. Pablo Martinez Monsivais/AP
Anne Gearan and Ashley Parker, SFGate/The Washington Post: Biden tells the world 'America is back.' The world isn't so sure.
WASHINGTON – For President Joe Biden and his circle, a low point in America's global standing under President Donald Trump came when he blew up a meeting of U.S. allies in 2018, accusing close partners of "robbing" the United States and hurling insults at his Canadian host.
So it was no accident that Biden's push to reclaim American leadership in recent days has pointedly included a starring role for Canada, as the new administration seeks to woo an array of allies with a message that "America is back."
But it's increasingly clear that Biden cannot simply sweep up the broken diplomatic china and restore the world order that reigned when he was vice president. There is one simple reason: Allies know Trumpism could always come back, either in a 2024 bid by Trump himself or from another presidential hopeful offering a similar pitch.
Read more ….
WNU Editor: America is not back just because President Biden says it is back.
President Biden is in the White House for the next 4 years, and from what I am reading, everyone has adopted a wait and see position.Original Article