zekal3_3 2021-03-03 Fashion, Life & Love Comments Off on Iran Used Commercial Satellite Images To Monitor US Forces In Iraq Before Launching Their Attack On Ain al-Asad Air Base 22 Views 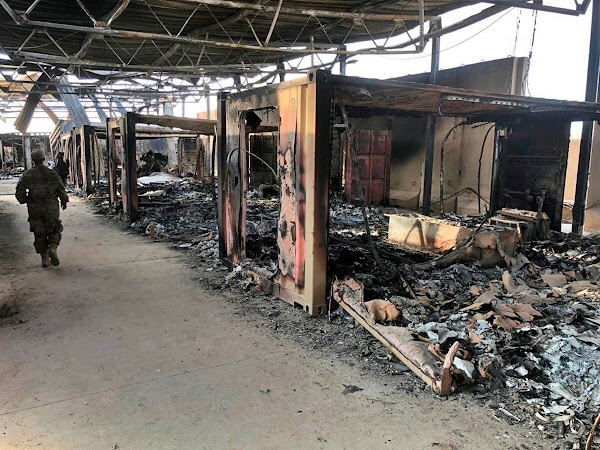 U.S. soldiers walk past damage at a site of Iranian bombing at Ain al-Asad Air Base, in Anbar, Iraq, Jan. 13, 2020. (Qassim Abdul-Zahra/AP)
C4ISRNet: Report: Iran used commercial satellite images to monitor US forces before attack
WASHINGTON — Iran used commercial satellite images to monitor Ain al-Asad Air Base in Iraq as it prepared to launch more than a dozen ballistic missiles at U.S. and coalition forces, 60 Minutes reported.
That detail came more than a year after the night of the attack on Jan. 7, 2020. Iran said the barrage was “fierce revenge” for the assassination of Gen. Qassem Soleimani, killed by the U.S. in a drone strike days earlier. The missile attack damaged the base, equipment and a helicopter, and 110 people had to be treated for traumatic brain injuries. But no one was killed, thanks in part to early intelligence that an attack was imminent and a critical early warning from the Space Force’s missile warning satellite operators.
Read more ….
WNU Editor: No details are disclosed in the above post on how Iran was able to get these satellite images. But I would not be surprised if US intelligence is monitoring very closely these transactions.Original Article

Previous U.S. Air Force Is Having To Reverse Engineer Parts Of Its Own B-2 Stealth Bomber
Next How The World’s Largest Airplane Boneyard Stores 3,100 Aircraft (Video)