MI5 Says Kremlin Agents Are Targeting Russians In The U.K. 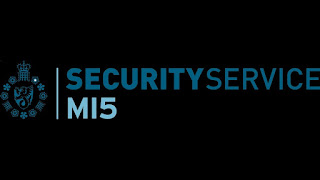 The Guardian: Kremlin agents targeting Russians in UK, MI5 warns
Britain is alert to interest being shown in certain individuals, agent tells Sky News MI5 has quietly stepped up the security protection offered to potential Kremlin targets living in the UK in the aftermath of the poisoning of Sergei and Yulia Skripal in Salisbury in 2018.
The security agency warned that the Russian state continues to take “quite an active interest” in a handful of individuals in the UK, prompting the need to take more active measures involving the police and other agencies.
The disclosure emerged in a rare interview given by two senior MI5 officers to Sky News, one of whom, known only as Tom, is responsible for running the domestic spy agency’s Russian counter-espionage desk.
Read more ….
Update: Into The Grey Zone: MI5 boosts protection from Russia but can't guarantee another Salisbury-style attack won't happen (SKY News)
WNU Editor: This is very suspicious …. Boyfriend of Yulia Skripal vanished after the attack, a friend claims (Daily Mail).Original Article