Americans And Westerners Are Scared To Travel China

zekal3_3 2021-03-10 Fashion, Life & Love Comments Off on Americans And Westerners Are Scared To Travel China 37 Views 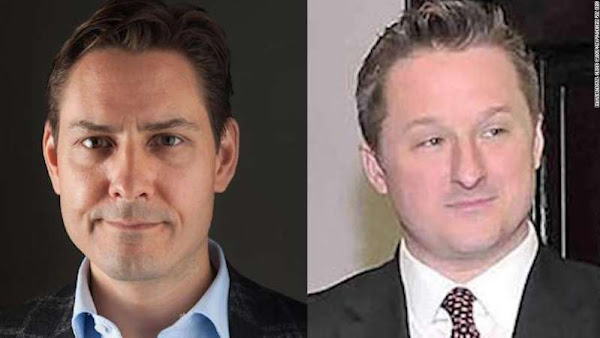 © International Crisis Group/AFPTV/KCNA via KNS The two Canadians detained in China: Michael Kovrig and Michael Spavor.
CNN: China travel: Americans and other Westerners are increasingly scared of traveling there as threat of detention rises
Jeff Wasserstrom is a self-proclaimed China specialist who is seriously considering never returning to China — at least, he says, not while President Xi Jinping is in power.
The American professor, who for decades made multiple trips a year to China and was last there in 2018, hasn't focused his career on Tibet or Taiwan — lightning-rod issues which attract Beijing's ire at lightning-quick speed — but he has written about cultural diversity and student protests in mainland China, and appeared on panels with people he says the Communist Party is "clearly upset with."
Three years ago, that made the California-based academic wonder if his visa application to China might be rejected.
Today, it makes him consider whether crossing the border risks his indefinite arbitrary detention. The chance of that outcome, Wasserstrom says, might be "pretty minimal," but the consequences are so grave — those detained can be locked up for years without contact with their families or a trial date — he is not willing to gamble.
And he is not alone.
Read more ….
WNU Editor: I lived and worked in China in the 1980s. And after that I have made multiple trips to China, the last one being 3 years ago. In view of what has happened in China in the past 2-3 years, I have zero interest to go there even though all of my friends and contacts say that I should visit them.
Will I eventually go there? Definitely. But only after the pandemic has passed through, and to visit old friends and business contacts.
As to Westerners being scared to visit China. There are hundreds of thousands (if not more) Westerners in China today, and they are OK. My advice to those who want to go there is to stay away from politics and shady business deals, and the Chinese authorities will leave you alone.Original Article