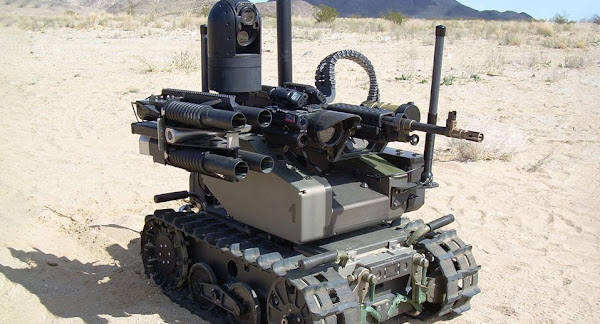 The Modular Advanced Armed Robotic System (MAARS) has been tested by the U.S. military for around fifteen years but never deployed. U.S. Special Forces may have quickly fielded their own alternative. QINETIQ
Forbes: Are U.S. Special Forces Quietly Using Armed Robots?
There is a taboo about putting weapons on robots. When Dallas police killed a sniper using an improvised bomb on a robot in 2016, there was a national outcry, and the tactic has not been repeated. The same caution has long applied in the U.S. military, and any suggestion that robots will get weapons still draws a strong reaction. But Special Forces may have quietly broken this longstanding taboo.
Read more ….
WNU Editor: If they are not using armed robots, they should take a look at what is available and what will be fielded in the future. Technology is changing very rapidly, and these weapon systems are the future.Original Article

Previous Commentaries, Analysis, And Editorials — March 9, 2021
Next Big Cuts Are Expected In The U.K. Military