The U.S. Military increased Its ‘Freedom Of Navigation’ Operations Against China In 2020 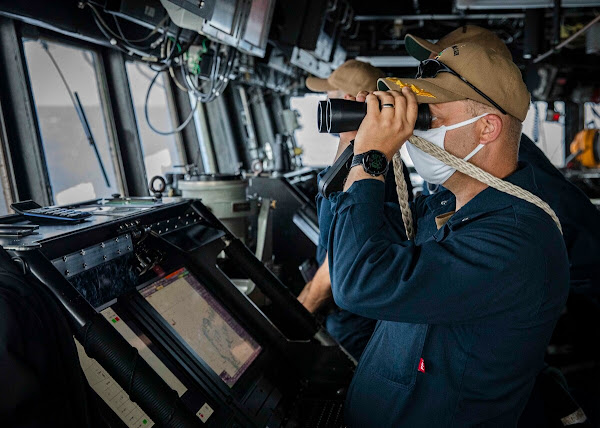 The U.S. warship John S. McCain conducted a freedom of navigation operation, or FONOP, near the contested Spratly Islands in the South China Sea on Dec. 22, 2020. (Navy)
Newsweek: U.S. Military Reveals Where It Challenged China During Record Year of Operations
The U.S. military has revealed the regions and reasonings for its territorial challenges against China and other nations throughout fiscal year 2020, which saw a record number of operations in defiance of Beijing's claims in the Asia-Pacific.
The report, published Wednesday, detailed the service's "freedom of navigation" operations conducted across the globe with the stated goal of enforcing the United Nations Convention on the Law of the Sea.
Although Washington has not ratified the treaty, it recognizes it as customary international law. "Unlawful and sweeping maritime claims—or incoherent legal theories of maritime entitlements—that are inconsistent with customary international law as reflected in the Law of the Sea Convention pose a threat to the legal foundation of the rules-based international order," the Pentagon report said.
"Consequently, the United States is committed to confronting this threat by challenging excessive maritime claims."
Read more ….
WNU Editor: Overall, FONOPs actually decreased in 2020 …. US military conducted fewer FONOPs in FY 2020 (Navy Times).Original Article