zekal3_3 2021-03-13 Fashion, Life & Love Comments Off on ISIS And Al-Qaeda’s Affiliates Are Spreading Throughout The Sub-Sahara 28 Views 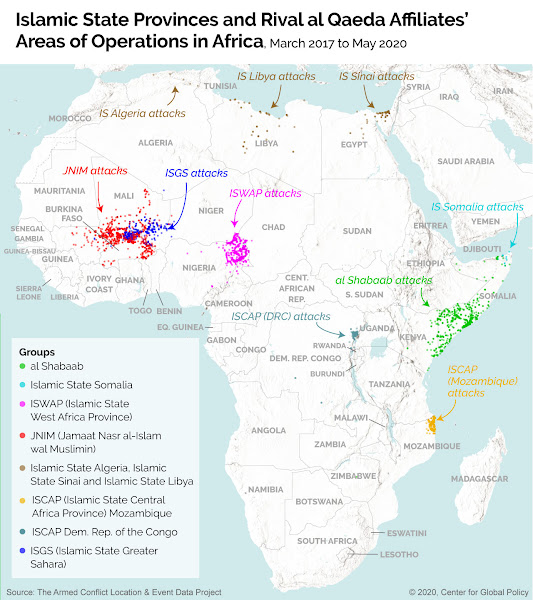 Defense One: ISIS and Al-Qaeda’s Sub-Saharan Affiliates Are Poised for Growth in 2021
A rundown on jihadi groups’ expansion in the Sahel and Nigeria, the Horn of Africa, and the continent’s southeastern Swahili coast.
Once considered a backwater for jihadists, sub-Saharan Africa is now at the forefront of the counterterrorism landscape. With core ISIS and al-Qaeda reeling from sustained Western counterterrorism campaigns, attention has shifted from former jihadist bases in the Middle East and south Asia, respectively, to the Sahel and Nigeria, the Horn of Africa, and, most recently, the continent’s southeastern Swahili coast. ISIS and al-Qaeda affiliates throughout sub-Saharan Africa are well-positioned to expand their influence, garner new recruits, spread propaganda, and in some cases, capture territory.
Read more ….
WNU Editor: Mozambique is the big worry right now …. Hungry, angry and fleeing the horrors of war in northern Mozambique (BBC).Original Article