U.S. Has 1,000 More Troops in Afghanistan Than It Has Disclosed 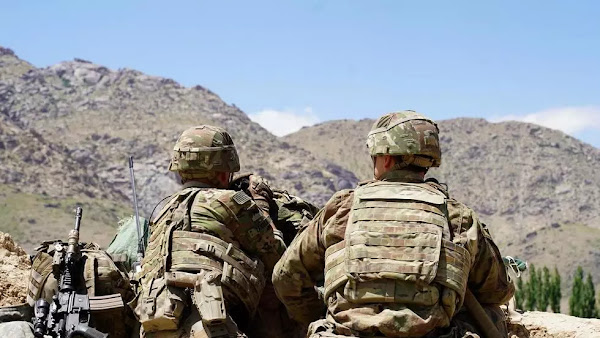 In this file photo taken on June 6, 2019, US soldiers look out over a hillside at an Afghan National Army (ANA) checkpoint in Nerkh district of Wardak province. © THOMAS WATKINS / AFP
New York Times: U.S. Has 1,000 More Troops in Afghanistan Than It Disclosed
The undercount complicates President Biden’s decision on carrying out a complete withdrawal by May 1, as his administration tries to jump-start peace talks.
KABUL, Afghanistan — Facing a high-stakes choice and running out of time to make it, the Biden administration is wrestling with whether to follow through with a full withdrawal in the next seven weeks of the 2,500 American troops still in Afghanistan — except, as it turns out, that number is actually around 3,500.
The United States has about 1,000 more troops in Afghanistan than it has disclosed, according to U.S., European and Afghan officials. That adds another layer of complexity to the swirling debate at the White House over whether to stick with a deal, struck by the Trump administration and the Taliban, that calls for removing the remaining American forces by May 1.
A thousand troops may seem like a small number compared to the roughly 100,000 who were there at the height of the war. But the scope of the U.S. presence has become a contentious issue in Afghanistan — where the Taliban want the Americans gone, while the government’s beleaguered security forces rely on U.S. air support — and also in Washington. Members of Congress have repeatedly called for an increase in troops if the United States decides to stay past the withdrawal date outlined in the agreement, which was reached just over a year ago.
The cloudy accounting around the troop numbers results from some Special Operations forces having been put “off the books,” according to a senior U.S. official, as well as the presence of some temporary and transitioning units. These troops, according to a second U.S. official, include Joint Special Operations Command units, some of them elite Army Rangers, who work under both the Pentagon and the CIA while deployed to Afghanistan.
Read more ….
WNU Editor: President Biden has a few more weeks to decide if these forces are going to stay in Afghanistan or not. In the meantime Afghanistan's interior minister is saying that the Afghan Army can handle the Taliban without he U.S. …. AP Interview: Minister says Afghan forces can hold their own (AP).Original Article