zekal3_3 2021-03-16 Fashion, Life & Love Comments Off on Mysterious High-Altitude Flight Corridor Was Opened Up Between Area 51 And The Pacific For Two And A Half Hours On Saturday 23 Views 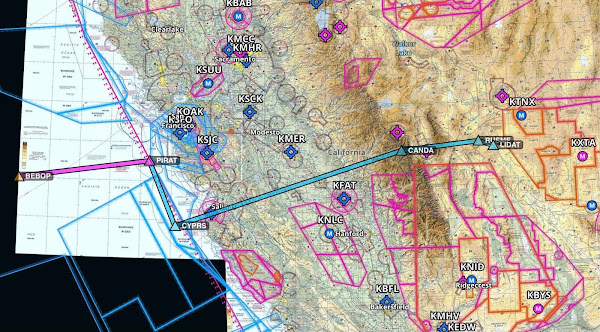 A look at the entire route as defined in the NOTAM. Foreflight
Warzone/The Drive: Mysterious High-Altitude Flight Corridor Was Opened Up Between Area 51 And The Pacific
The restricted strip of airspace bridged the Nevada Test and Training Range with the Pacific Ocean during a few-hour window last Saturday evening.
Late last week, a curious alert appeared in the Federal Aviation Administration's database of Notices to Airman, or NOTAMs, which, among other things, alerts aviators to chunks of airspace that are temporarily off-limits. The details strongly point to the comings or goings of a high-flying aircraft between either Area 51, also known as Groom Lake, or the Tonopah Test Range Airport, two of the U.S. military's most closely-guarded flight test facilities, and the Pacific Ocean to the southwest of San Francisco, California.
Read more ….
WNU Editor: Whatever it was it flew between 45,00 – 60,000 feet.Original Article