UK To Boost Its Trident Nuclear Warhead Stockpiles By 40%

zekal3_3 4 weeks ago Fashion, Life & Love Comments Off on UK To Boost Its Trident Nuclear Warhead Stockpiles By 40% 29 Views 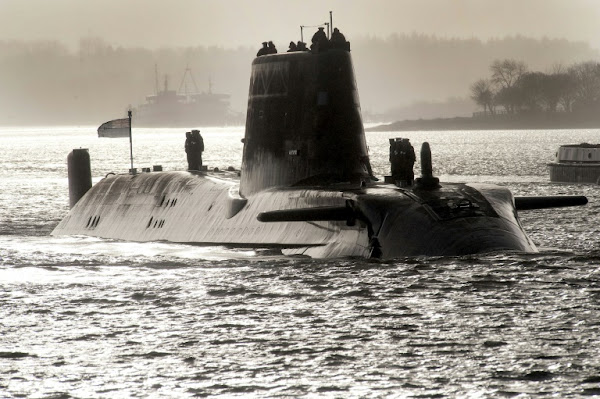 The Guardian and The Sun said in their online editions that the country would look to raise the number of warheads from 180 to 260 by the middle of the decade.
The Guardian: Trident nuclear warhead numbers set to increase for first time since cold war
Defence and foreign policy review expected to signal rise, in move analysts say is diplomatically provocative
Downing Street’s integrated review of defence and foreign policy is expected next week to signal a potential increase of the number of Trident nuclear warheads for the first time since the end of the cold war.
Whitehall sources indicated that a cap on total warhead numbers – currently set at 180 – is expected to increase, although the exact figure is not yet known, in a move that analysts said was diplomatically provocative.
The UK’s stockpile of nuclear weapons peaked at about 500 in the late 1970s, but had been gradually decreasing ever since as the perceived threat from the Soviet Union and now Russia had been assumed to be decreasing.
Read more ….
More News On the UK Boosting Its Trident Nuclear Warhead Stockpiles By 40%
Britain is to INCREASE its nuclear weapons stockpile by 40% and warns they could be used in future if the UK faces attacks using chemical or biological weapons or nations using other 'emerging technology' — Daily Mail
Britain to expand nuclear warhead stockpile by over 40% as global threats rise — Reuters
UK To Increase Its Nuclear Warhead Stockpile For The First Time Since The Cold War: Report — Warzone/The Drive
UK to increase nuclear stockpile: reports — AFP
UK raising cap on nuclear warheads — The Hill
Lifting cap on nuclear warheads is ultimate insurance policy, says Raab — Evening Standard
Going nuclear: UK set to boost Trident warhead stockpiles by 40%, detonating outrage among activists & observers — RTOriginal Article