zekal3_3 4 weeks ago Fashion, Life & Love Comments Off on Russia Says 112 Russian Soldiers Have Been Killed In Syria Since The Beginning Of The Conflict 29 Views 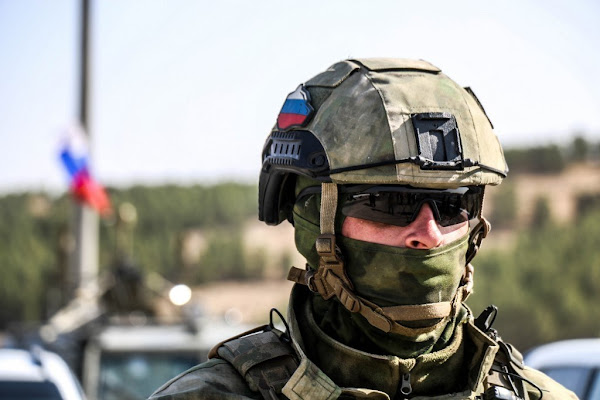 A Russian soldier on the advance near Aleppo, Syria, in November 2018. Besides Russian troops, mercenaries allegedly backed by the Kremlin are active in the war-torn country. Photo: AFP / Bekir Kasim / Anadolu Agency
AMN News: Russia reveals the number of soldiers killed in Syria
BEIRUT, LEBANON (12:00 P.M.) – The First Deputy Chairman of the Defense Committee of the State Duma, Andrei Krasov, announced that 112 Russian soldiers were killed during the armed conflict in Syria.
The deputy’s statements came during a meeting with the State Duma Committee for Health Affairs, during which he said: “According to recent military data provided by the Russian Ministry of Defense, about 112 soldiers have been killed in Syria since the beginning of the armed conflict.
Read more ….
Update: Russia Reveals Total Number Of Soldiers Killed In Syria, Blasts "Morally Bankrupt" US Policies (Zero Hedge)
WNU Editor: Russian social media says the true number is closer to 300. This number also does not include how many Russian contractors have been killed, and they are the ones who are doing a lot of the fighting …. Russia’s shadowy mercenaries forced into spotlight (Asia Times).Original Article