Iran’s Defense Minister Says The Country Must Be Ready For Nuclear, Chemical Attacks

zekal3_3 4 weeks ago Fashion, Life & Love Comments Off on Iran’s Defense Minister Says The Country Must Be Ready For Nuclear, Chemical Attacks 22 Views 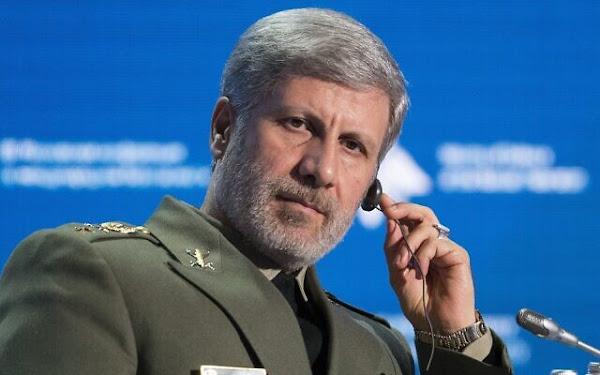 Iranian Defense Minister Amir Hatami listens during the Conference on International Security in Moscow, Russia, April 4, 2018. (Alexander Zemlianichenko/AP)
Times of Isreal: Iran’s defense minister says country must ready for nuclear, chemical attacks
Amir Hatami warns ‘enemies of humanity’ will use any means to achieve war goals, including biological warfare Iran’s defense minister said on Tuesday that the country must be ready to defend itself against nuclear, biological and chemical attacks.
“We should be prepared to defend our nation against all threats and whatever the enemy may one day use as an offensive tool, including chemical, nuclear and biological weapons,” said Iran’s Defense Minister Amir Hatami, according to the semi-official Fars news agency.
Read more ….
Update: Iran’s Defense Minister Says Country Must Prepare for Nuclear and Chemical Attacks (Antiwar.com)
WNU Editor: When senior defense officials like this one issue warnings like this …. I always wonder what do they know that I do not.Original Article