U.S. Sanctions Chinese, Vietnamese, And UAE-Based Companies Over The Sale Of Iranian Petrochemicals 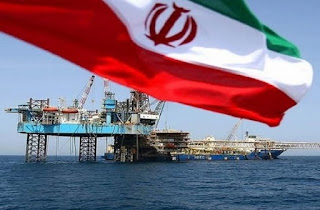 Reuters: U.S. blacklists Chinese, UAE-based companies over sale of Iranian petrochemicals
WASHINGTON (Reuters) -The United States on Wednesday imposed sanctions on companies based in China and the United Arab Emirates, accusing them of supporting the sale of Iranian petrochemicals as Washington increases pressure on Tehran in the closing days of President Donald Trump’s term.
The U.S. Treasury Department said in a statement it had blacklisted the four entities for facilitating the export of Iranian petrochemical products by Triliance Petrochemical Co. Ltd, which was hit with sanctions by Washington earlier this year.
Also targeted in the move was Vietnam Gas and Chemicals Transportation Corporation over its connection with significant transactions for the transport of petroleum products from Iran, the Treasury said.
Vietnam said on Thursday it regretted the U.S. decision to sanction the company and hoped that the U.S. would remove the sanctions.
Read more ….
Update: US Notifies China It Will Enforce Trump-Era Sanctions On Iran Oil Shipments (Zero Hedge)
WNU Editor: China is the worst offender of Iranian sanctions …. Iranian Oil Exports Is Clogging Up Chinese Ports (March 11, 2021),Original Article