The U.S. Air Force Says It Has A Plan To Diversify Its Pilot Corps 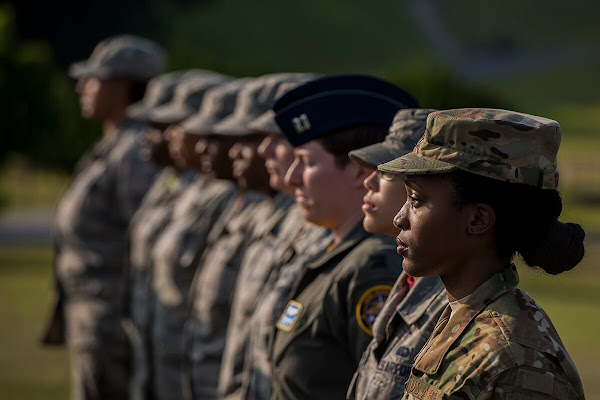 Airmen stand at attention during a retreat ceremony March 30, 2018, on Kadena Air Base, Japan. (Staff Sgt. Micaiah Anthony/Air Force)
Air Force Times: Here’s the Air Force’s plan to diversify its pilot corps
Air Force leaders have signed off on a new plan to build a more diverse pilot corps by 2030, looking to level the playing field in a profession that remains dominated by white men.
The strategy aims to grow opportunities for women and minority airmen in some of the Air Force’s premier professions, including manned and unmanned aircraft pilots, air battle managers, and combat systems officers.
Read more ….
WNU Editor: The U.S. Air Force goes out of its way not to use the word quotas. But it sounds like quotas to me.Original Article

Previous DARPA Wants U.S. Soldiers Using Jet Packs On The Battlefield
Next This Surveillance Company Claims It Can Track Nearly Any Car In The World In Real-Time