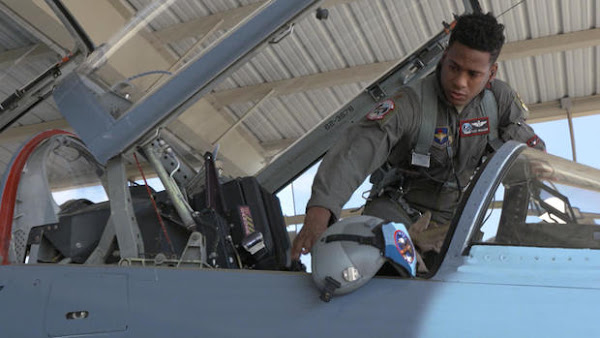 Major Daniel Walker CBS 60 Minutes: Race in the ranks: An F-22 pilot on the sting of racial bias in the Air Force
Major Daniel Walker shares his story with 60 Minutes contributor David Martin.
This Sunday on 60 Minutes, CBS News national security correspondent David Martin reported on allegations of racial bias in the United States military. It has been more than 70 years since the integration of the American armed services, but African American members say they are not promoted as often as their White counterparts. From the rank and file to officers, some Black servicemembers find it difficult to succeed.
Read more ….
WNU Editor: As an outsider looking at the US Air Force. I see a U.S. Defense Secretary who is black (Secretary of Defense Lloyd J. Austin III), and the Chief of Staff of the Air force who is also black (Gen. Charles Q. Brown, Jr. is Chief of Staff of the Air Force). To me that is an accomplishment and a sign of how the times are changing. But apparently not, according to Major Daniel Walker.
Update: Great-nephew of a decorated Tuskegee Airman and an F-22 stealth fighter pilot himself says he left the Air Force because of an 'uphill battle' against racism (Daily Mail).Original Article