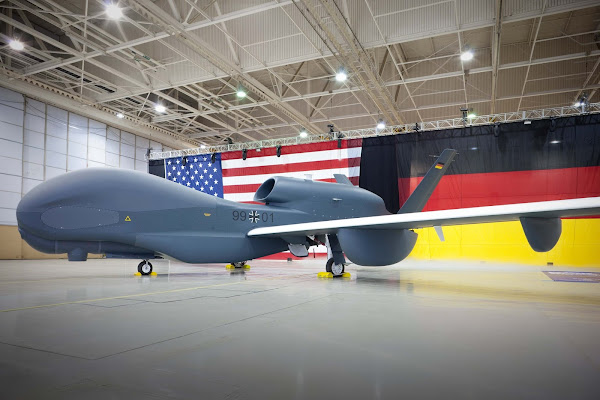 Northrop Grumman
Warzone/The Drive: Germany’s Unwanted Euro Hawk Drone Has Finally Become A Very Costly Museum Exhibit
After nearly $800 million was spent on it, the unique RQ-4E unmanned aerial vehicle will be put to rest in a Berlin museum.
The story of Germany’s Euro Hawk surveillance drone — a planned Europeanized version of the Northrop Grumman RQ-4 Global Hawk — has finally come to its sorry end. The ill-fated RQ-4E unmanned aerial vehicle is headed to a museum in the German capital, after plans to sell the one-off aircraft to Canada collapsed.
A report on the German-language Augen geradeaus! defense website confirmed that the final resting place of the Euro Hawk will be the Bundeswehr Military History Museum at Berlin-Gatow Airfield.
Read more ….
WNU editor: Will anyone be held accountable for this fiasco? Probably not.Original Article