zekal3_3 2021-03-22 Fashion, Life & Love Comments Off on Trump Administration Quietly Removed 50 B61 Nuclear Gravity Bombs From Their Europe- And Turkey-Based Warehouses Leaving Only Around 100 Warheads 34 Views 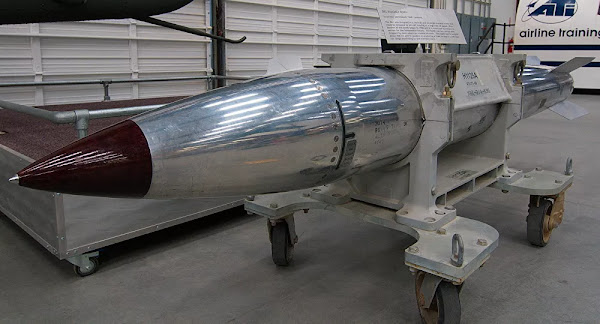 © CC BY-SA 2.0 / Dave Bezaire / B61 Nuclear bomb
Sputnik: US Has Quietly Removed Third of Its Nukes From Europe, Report Says
The United States deployed nuclear weapons in Western Europe in the 1950s, growing the arsenal to about 8,000 warheads at the height of the Cold War. The number of nukes stationed on the continent was cut down dramatically in the 1990s but the weapons were never eliminated completely, to the chagrin of Moscow and some of Washington’s own allies.
The Trump administration appears to have quietly removed approximately 50 of America’s B61 nuclear gravity bombs from their Europe- and Turkey-based warehouses, leaving about 100 warheads stationed across the two regions, a report by the Congressional Research Service indicates.
Read more ….
WNU Editor: What caught my eye is the above report is this …. the number of bombs at Turkey’s Incirlik base dropped from 50 to about 20!!!
The two reports that outline these cuts are here …. Nonstrategic Nuclear Weapons (Congressional Research Center Updated March 16, 2021), and here …. United States nuclear weapons, 2021 (Bulletin of the Atomic Scientists).Original Article