After 20 Years Of War And Spending $88 Billion, The Afghan Security Forces Are Still No Match For The Taliban

zekal3_3 3 weeks ago Fashion, Life & Love Comments Off on After 20 Years Of War And Spending $88 Billion, The Afghan Security Forces Are Still No Match For The Taliban 19 Views 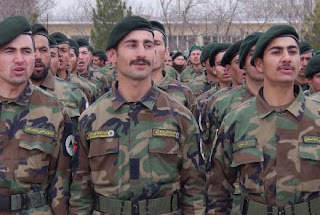 Task & Purpose: $88 billion and 20 years later, the Afghan security forces are still no match for the Taliban
Not a lot to show.
Over the past two decades, the United States has invested more than $88 billion to build, train and equip Afghan troops and police – and yet the Taliban is clearly a superior fighting force.
As President Joe Biden considers finally withdrawing the roughly 3,500 U.S. troops in Afghanistan, no one has any illusions that the Afghan security forces will be able to avoid being defeated by the Taliban, especially if the United States stops paying the salaries for Afghan troops and police.
John Sopko, the brutally honest inspector general for reconstruction in Afghanistan, has been sounding the alarm for years about how corruption, waste, and fraud was effectively neutering the U.S. government’s effort to breathe life into the Afghan security forces.
“The Afghan military – and particularly the Afghan police – has been a hopeless nightmare and a disaster,” Sopko warned Congress in January 2020.
Read more ….
WNU Editor: The people I trust who understand the Afghan situation believe that if the US and NATO do withdraw from the country and cut funding, the Afghan army would disintegrate and break into various ethnic and regional factions within a year.Original Article