zekal3_3 3 weeks ago Fashion, Life & Love Comments Off on It Is Now A Crime In China To Question Military Casualties On The Internet 27 Views 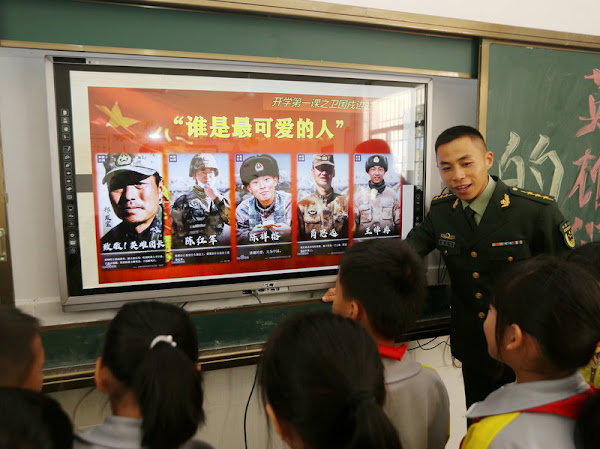 A paramilitary police officer talks next to a screen showing frontier soldiers of the People's Liberation Army during an event at a primary school in Wuzhishan, Hainan province, China, on Feb. 22. On the screen are (L-R) Qi Fabao, who was seriously wounded in the border clash with Indian troops in June last year, and four who were killed: Chen Hongjun, Chen Xiangrong, Xiao Siyuan and Wang Zhuoran. China Daily/via Reuters
NPR: China Makes It A Crime To Question Military Casualties On The Internet
BEIJING — When China acknowledged this year that four of its soldiers had died fighting Indian forces on the two countries' disputed mountain border eight months prior, the irreverent blogger Little Spicy Pen Ball had questions.
"If the four [Chinese] soldiers died trying to rescue their fellow soldiers, then there must have been those who were not successfully rescued," he wrote on Feb. 19 to his 2.5 million followers on Weibo, a Chinese social media site.
"This means the fatalities could not have just been four." The day after, Qiu Ziming, the 38-year-old former newspaper journalist behind the blog, was detained and criminally charged. If convicted, he faces a sentence of up to three years.
Read more ….
WNU Editor: Three years in prison is what happens if you question their casualties.Original Article