Russia Is Not In Decline

zekal3_3 4 weeks ago Fashion, Life & Love Comments Off on Russia Is Not In Decline 35 Views 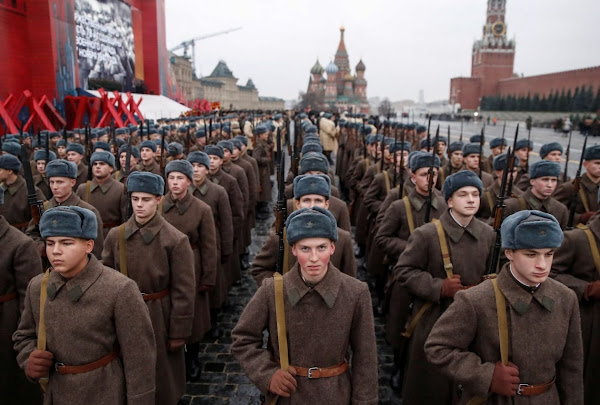 Reuters
Robert D. Kaplan, National Interest: Why Russia Is the Problem From Hell
America must try to move Russia away from China and improve relations while maintaining deterrence.
In 1812, his army exhausted and overwhelmed by the Russian steppe, and watching Muscovites desert and burn their city rather than see it handed to his troops, Napoleon was reported to exclaim in desperation about the Russians: “What men they are! They are Scythians!” The reference was to the nomadic horsemen of antiquity whom no one could conquer, reason with, or pressure in any way. Indeed, by the turn of the twentieth-century, the historian Henry Adams observed that the intractable Russia problem had always been the key to modern Europe and that, therefore, “The last and highest triumph of history would…be the bringing of Russia into the Atlantic combine.”
Read more ….
WNU Editor: I lost count a long time ago on the many "experts" who said that Russia was in decline, its population was imploding, its economy was in a shambles, and its people were in revolt. The above post gives a good summary on why the "experts" are wrong, and why the Biden administration policy and approach towards Russia is going to fail and not serve the long term strategic and security needs of the U.S..Original Article

Previous New Report Says The Pentagon Must Face the Reality Of The Coming Budget ‘Modernization Crunch’
Next U.S. President Biden Has Yet To Have A Telephone Conversation With Ukraine President Zelensky