Top U.S. Admiral: Possibility China Tries To Invade Taiwan ‘Closer To Us Than Most Think’

zekal3_3 4 weeks ago Fashion, Life & Love Comments Off on Top U.S. Admiral: Possibility China Tries To Invade Taiwan ‘Closer To Us Than Most Think’ 41 Views 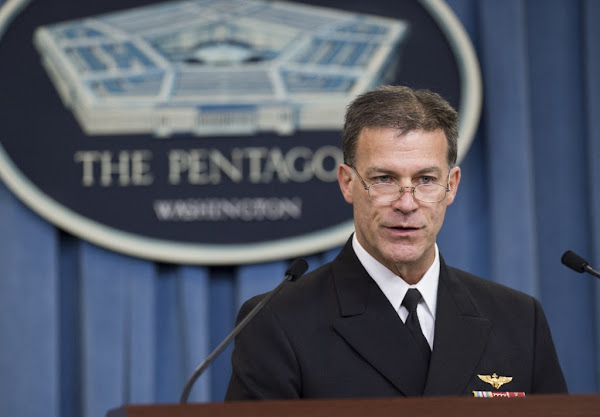 In this file photo US Deputy Chief of Naval Operations Vice Admiral John Aquilino speaks about the results of an investigation into a January incident where Iranian forces detained 10 US Navy personnel, during a press briefing at the Pentagon in Washington, DC, June 30, 2016. (AFP/Saul Loeb)
CNN: Chinese threat to Taiwan 'closer to us than most think,' top US admiral says
Hong Kong (CNN)China is quickly amassing weapons and systems to militarily overwhelm Taiwan, an action it could be poised to take within the next six years, the admiral chosen to be the next commander of US forces in the Pacific warned Tuesday.
"My opinion is this problem is much closer to us than most think," Adm. John Aquilino said before the Senate Armed Services Committee, which was reviewing his nomination to lead the US military's Indo-Pacific Command. China considers establishing full control over Taiwan to be its "number one priority," added Aquilino.
Read more ….
More News On Top U.S. Admiral Saying The Possibility That China Tries To Invade Taiwan Is 'Closer To Us Than Most Think'
Defense of Taiwan Vital to Regional, National Security, Admiral Says — US Department of Defense
Military Takeover of Taiwan Is Top Concern for INDOPACOM Nominee Aquilino — USNI News
Top admiral: Possibility China tries to invade Taiwan 'closer to us than most think' — The Hill
China threat to invade Taiwan is 'closer than most think', says US admiral — The Guardian/AFP
The Navy doesn't need another aircraft carrier right now, admiral nominated to lead Pacific operations says — Business Insider
Chinese invasion of Taiwan 'closer than most think': US admiral — Taiwan NewsOriginal Article

Previous Beijing Warns Five Eyes That An ‘Irritated’ China Would Be ‘Difficult To Handle’
Next Commentaries, Analysis, And Editorials — March 24, 2021