Bipartisan Group Of US Senators Urge President Biden To Use The “Full Force” Of Diplomatic, Economic Tools To Check Iran

zekal3_3 3 weeks ago Fashion, Life & Love Comments Off on Bipartisan Group Of US Senators Urge President Biden To Use The “Full Force” Of Diplomatic, Economic Tools To Check Iran 19 Views 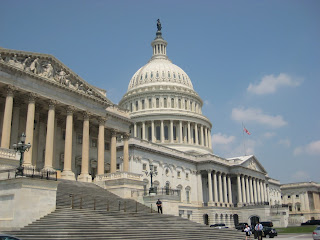 Axios: 43 senators to Biden: Use "full force" of diplomatic, economic tools to check Iran
A group of 43 senators led by Sens. Bob Menendez (D-N.J.), Jim Risch (R-Idaho) and Lindsey Graham (R-S.C.) urged President Biden in a letter Thursday to use "the full force of our diplomatic and economic tools" to prevent Iran from obtaining nuclear weapons.
Why it matters:
The letter outlines actions the Biden administration can take to curb Iran's nuclear ambitions that will garner bipartisan support in Congress, including an agreement with U.S. allies and the United Nations that prevents Iran from producing such weapons.
Read more ….
WNU Editor: The US Senator's letter to President Biden on Iran is here (link here).
As to what do I expect is next.
The Biden administration is in no hurry …. There's No Hurry for Biden to Re-Enter the Iran Nuclear Deal (Bloomberg). The U.S. Secretary of State himself has said the "ball" is in Iran's court …. Blinken: The Ball is in Iran's Court (Asharq Al-awsat).
And as for Iran, they are exploring other options …. China, Iran expected to sign 25-year accord: Iranian state media (Times of India). More here …. China, Russia, North Korea, Iran Build Ties as U.N. Friends Feud with U.S. (Newsweek).
Update: The UN's nuclear watchdog has thrown in the towel on reviving the nuclear deal …. IAEA: Reviving Nuclear Deal With Iran ‘Impossible’ (National Interest).
More News On A Bipartisan Group Of US Senators Urging President Biden To Use The "Full Force" Of Diplomatic, Economic Tools To Check Iran
Senators to Biden: 'We must confront the reality' on Iran nuclear program — The Hill
Bipartisan group of US senators call on Biden to take tough stance against Iran — Times of Israel
U.S. senators push for broader Iran deal, not return to nuclear pact — Reuters
Senators endorse new, broader deal on Iranian policy — Al-Monitor
Analysis: As Iran toughens stance, hopes for nuclear thaw before June diminish — ReutersOriginal Article

Previous Gibraltar 2 pounds 2021 – Rumble on the Rock
Next Is The F-35 Unsalvageable?