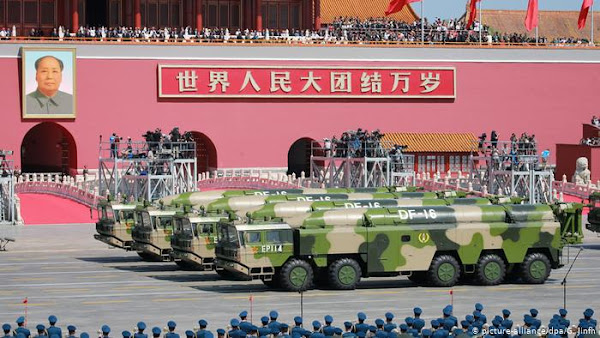 'The most dangerous concern is that of a military force against Taiwan,' says US military commander John Aquilino
William Yang, DW: Can China impose military force against Taiwan?
US military commanders have warned about the imminent threat of Beijing trying to recover control over the democratic island. But some experts say greater danger lies with China's inconspicuous "gray zone tactics."
A top US military commander has warned that China's threat to invade Taiwan with military force has become more pressing than many people understand, warning that Beijing considers reclaiming control over Taiwan its "number one priority."
"My opinion is that this problem is much closer to us than most think," said Admiral John Aquilino, the Biden administration's nominee for the commander of the US Indo-Pacific Command. "The most dangerous concern is that of a military force against Taiwan," he stressed during a senate confirmation hearing on Tuesday.
Read more ….
WNU Editor: If the U.S. was not present, China would have invaded and imposed its rule on Taiwan years ago. Instead …. China is employing "gray zone tactics" while laying the base for more options against Taiwan in the future.Original Article