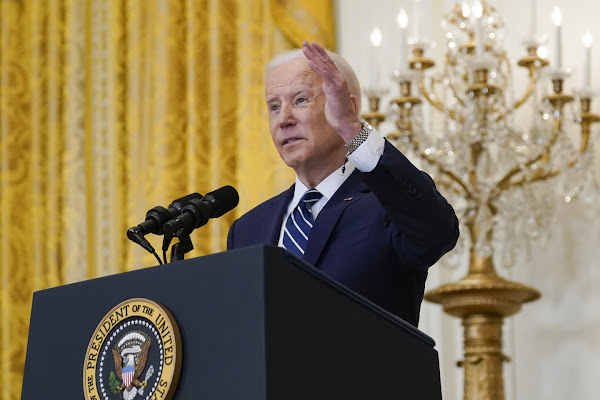 Philip Wegmann, Real clear Politics: President Biden Finally Meets the Press
The new president started with good news. Joe Biden told reporters assembled at the White House for his first official press conference that he now expects 200 million doses of the COVID vaccine will be administered by the end of his first 100 days in office. And that’s not all.
He expects the majority of K-8 students will soon be back in the classroom. He announced that more than 100 million Americans have cashed their $1,400 relief checks. He was pleased to report that unemployment is down and economic growth projections are up.
Read more ….
WNU Editor: What is troubling to me is how other countries saw the press conference and President Biden's performance. Bottom line. They know he is not up to the job. Not even close.
This RT commentary sums up what I have been reading and hearing from Russia, China, and Europe …. Biden’s long-awaited press conference hints America should get ready for President Kamala Harris sooner rather than later (Nebojsa Malic, RT).Original Article