Is The F-35 Unsalvageable? 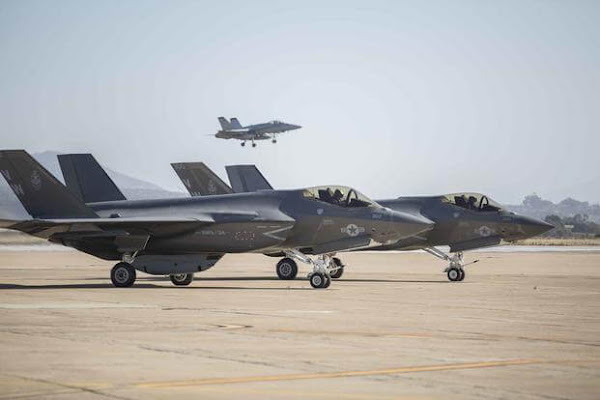 Marine Fighter Attack Squadron (VMFA) 314 declares their initial operational capability (IOC) for the F-35C Lightning II. (U.S. Marine Corps/Lance Cpl. Juan Anaya)
Sean Kennedy, The Hill: The F-35 may be unsalvageable
The 2021 reviews of the F-35 Joint Strike Fighter (JSF) are in, and they are not glowing.
On Jan. 14, 2021, then-Acting Department of Defense (DOD) Secretary Christopher Miller labeled the JSF a “piece of [expletive].” Then, on March 5, 2021, House Armed Services Committee Chairman Adam Smith (D-Wash.) called the program a “rathole,” and asked whether it was time to stop spending that much money for “such a low capability?”
The JSF has become the embodiment of the DOD’s broken weapons acquisition system, which has been on the Government Accountability Office’s High-Risk List since 1990. The F-35 was originally conceived as the low-end of a high-low strategy consisting of numerous cheap aircraft that would replace Cold War workhorses like the F-16 and A-10 among other aircraft. The plan was for the JSF to be complimented by a smaller fleet of more advanced fighters, to be developed later.
Read more ….
WNU Editor: Criticisms of the F-35 program have been ongoing for years. But it is different now. In the past few months the daggers are now out to cut and/or kill this program.Original Article

Previous Bipartisan Group Of US Senators Urge President Biden To Use The “Full Force” Of Diplomatic, Economic Tools To Check Iran
Next Russian Opposition Leader Navalny Complains Of Torture In Russian Prison