zekal3_3 3 weeks ago Fashion, Life & Love Comments Off on Pentagon To Conduct War Game Simulations This Summer As Concerns About Threats Posed By China And Russia Increase 24 Views 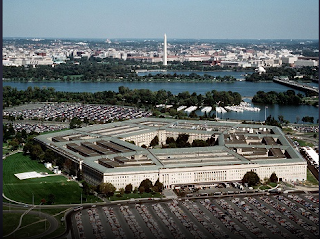 CNN: Classified US military war game set to take place as concerns about threats posed by China and Russia increase
(CNN)The "enemies" will have fictional names, but when hundreds of US military personnel around the globe log on to their computers later this summer for a highly classified war game, it will be clear what a major focus of the scenarios will be — how the US should respond to aggressive action and unexpected moves by China and Russia.
Several defense officials tell CNN that the war game is a top priority for the chairman of the Joint Chiefs of Staff, Mark Milley, who will lead the exercise. Defense Secretary Lloyd Austin will be briefed as it plays out.
The war game is designed to equip the US military's top leaders to deal with a fictional global crisis erupting on multiple fronts and players will have to deal with constantly changing scenarios and compete for military assets like aircraft carriers and bombers.
They will take place at a crucial time for the Pentagon just months into Joe Biden's presidency.
Read more ….
WNU Editor: When Russia is involved in these war simulations, a nuclear exchange is usually the end result. I expect the same result in this war game simulation.Original Article

Previous China’s Growing Military Firepower Casts Doubts On The U.S. being Able To Defend Taiwan
Next Is This The Missile That The U.S. Army Will Use To Counter China?