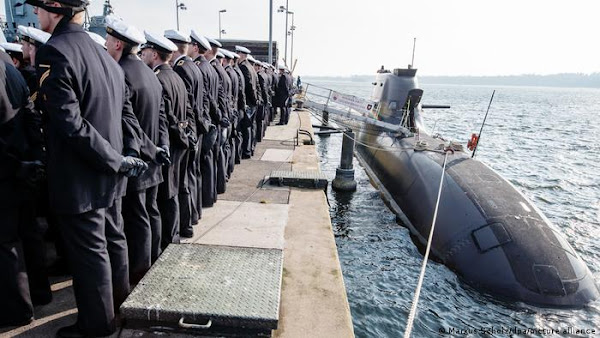 DW: German submarines fitted with Russian technology: report
A report that German submarines are navigating the globe with Russian hardware has sparked security concerns. The newspaper Bild claims that the equipment is "open" to cyber sabotage and even "full loss of operability."
A navigation system of Russian origin called Navi-Sailor 4100 has been installed on at least 100 vessels operated by Germany's military, the Bundestag, including submarines, since 2005, according to the mass-market newspaper Bild am Sonntag.
The navigation devices were developed by Transas, a company founded in St. Petersburg in 1990. Although it was purchased in 2018 by the Finnish firm Wartsila, the defense division remained in Russian hands.
The Bild report claims that the system's data encryption does not comply with military security standards, in an apparent reference to NATO, of which Germany is a member.
Read more ….
WNU Editor: There is some stuff that you just cannot make up. I am also willing to bet that the Russian supplier was the lowest bidder.Original Article

Previous BREAKING NEWS: Stranded Suez Canal Ship Has Been Re-Floated
Next Picture Of The Day