Why No One Trusts The U.S. Media Anymore 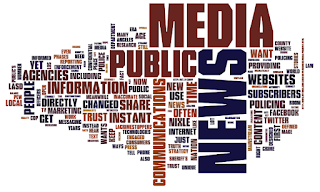 CBC: How U.S. media lost the trust of the public
Media consumption was at record highs in 2020, but trust plummeted. CBC documentary explores the consequences
A global pandemic, historic anti-racism protests and a turbulent U.S. presidential election had Americans glued to their screens in 2020 like never before. Cable news ratings soared, online news subscriptions increased and the amount of time we all spent online broke records.
But as people consumed more news, they also began to trust the media less, surveys showed. According to a recent Gallup survey, the percentage of Americans with no trust in the mass media hit a record high in 2020: only nine per cent of respondents said they trust the mass media "a great deal" and a full 60 per cent said they have little to "no trust at all" in it.
The American media landscape has become increasingly polarized over the last few decades.
Read more ….
WNU Editor: Regular readers of this blog know that I have always been skeptical of the media. And that the priority among the main stream media is no longer reporting on the news, but advancing an agenda. Their audiences have also become deeply partisan, as the above CBC report clearly outlines ….
…. A Pew survey suggests 95 per cent of MSNBC's audience are now Democrats while 93 per cent of the Fox News audience are Republicans. A similar trend is unfolding online.
It is why I am always posting multiple media sources from different countries on a breaking news story in this blog. To give a different perspective from alternative sources, and to also use these sources to cover stories that the main stream media chooses to not follow because it runs contrary to their narrative.Original Article

Previous US Strategic Command Posts Bizarre Tweet, Apologizes, And Then Deletes The Whole Thing!
Next Dr. Fauci Says It Was Him And Not Former President Trump Who Started The Ball Rolling To Develop The Covid-19 Vaccine