zekal3_3 2021-03-30 Fashion, Life & Love Comments Off on One-Third Of Americans Do Not See ‘Cancel Culture As A Threat To Their Freedom 32 Views 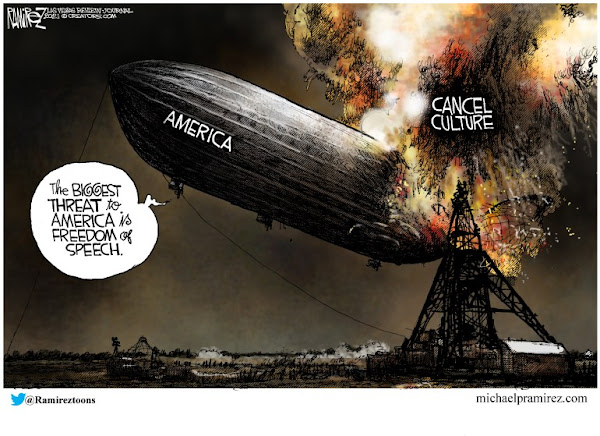 The Hill: 64 percent view 'cancel culture' as threat to freedom: poll
A majority of Americans say they view "cancel culture" as a threat to their freedom, according to a new Harvard CAPS-Harris Poll survey released exclusively to The Hill on Monday.
Sixty-four percent of respondents said that there is "a growing cancel culture" that is a threat to their freedom, while 36 percent said they did not view it as a threat to their freedom.
Additionally, the poll found that 36 percent of Americans said cancel culture is a "big problem," while 32 percent called it a "moderate problem." Another 20 percent said it was a "small problem" and 13 percent said it is "not a problem."
Read more ….
WNU Editor: Only 64% see it as a threat!!!!! The number should be 100%. But that is unfortunately the trend in the U.S. as witnessed by Silicon Valley's determination to deplatform, demonetize, or remove accounts that they disagree with socially or politically.
Growing up in the former Soviet Union "cancel culture" was always practiced by the Kremlin and a sad part of my life and the life everyone else.
Stalin set the standard on government policy when it came to cancel culture (see picture below), and George Orwell revealed how it operated in his classic book 1984 (You can download a free eboook version of 1984 from here). 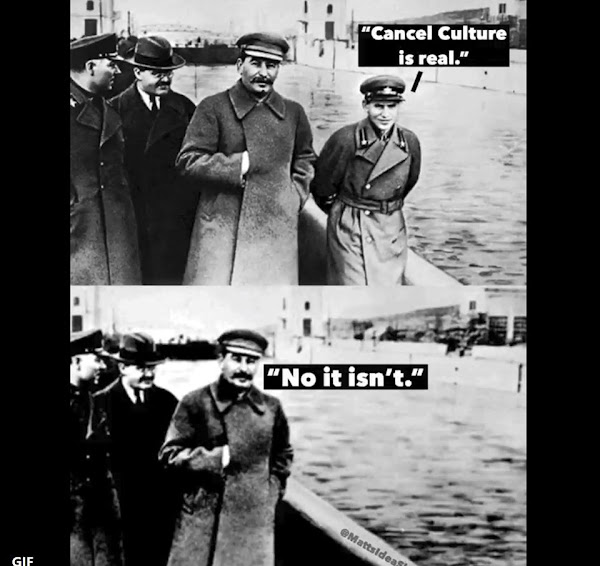 Previous A Desperate Venezuela Says It Will Pay For Covid-19 Vaccines With Oil
Next For The First Time In 42 Years A U.S. Ambassador Visits Taiwan