U.S. Nuclear Weapons That Were Intended To Last A Decade Have Been Operational For 50 Years. With Few Spare Parts, How Long Can They Last?

zekal3_3 3 weeks ago Fashion, Life & Love Comments Off on U.S. Nuclear Weapons That Were Intended To Last A Decade Have Been Operational For 50 Years. With Few Spare Parts, How Long Can They Last? 15 Views 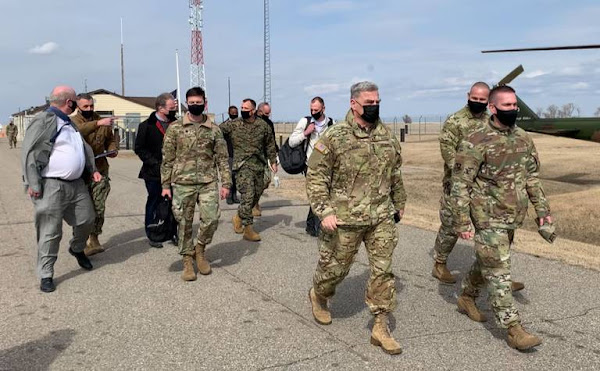 Chairman of the Joint Chiefs of Staff Army Gen. Mark Milley departs Missile Alert Facility Oscar near Minot Air Force base, N.D., on Thursday. Milley visited the base to get a close-up look at the base’s aging strategic bombers and missiles before he appears before Congress next month to push for funding to modernize the weapons. TARA COPP/MCCLATCHY
McClatchy News: U.S. nuclear weapons are aging quickly. With few spare parts, how long can they last?
When hundreds of land-based nuclear armed ballistic missiles were first lowered into underground cement silos spread across the vast cornfields here in 1970, the weapons were only intended to last a decade before a newer system came in.
Fifty years later, these missiles — called the Minuteman III — are still on alert, manned by members of the U.S. Air Force in teams of two who spend 24 hours straight below ground in front of analog terminals from the 1980s, decoding messages and running tests on the missiles’ systems to check if they could still launch if needed.
But it’s not the age of weapons or the decades-old technology that troubles their operators. It’s that the original manufacturers who supplied the gears, tubes and other materials to fix those systems are long gone.
Read more ….
WNU Editor: It is not only the nuclear weapons that are obsolete. It is the entire infrastructure that supports these weapons that is obsolete. If there is one weapon system that you better make sure has the best equipment and personnel, it is your nuclear forces.Original Article