April Fools: There Is No Chinese Type-100 Super Submarine

zekal3_3 3 weeks ago Fashion, Life & Love Comments Off on April Fools: There Is No Chinese Type-100 Super Submarine 20 Views 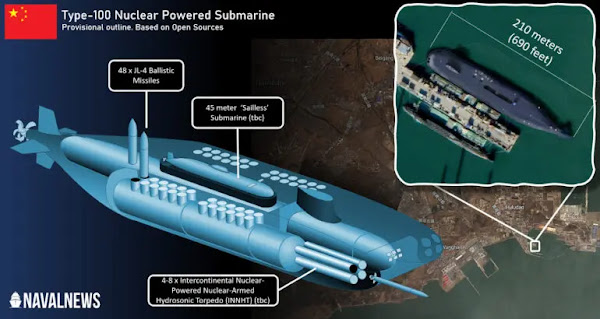 The New Submarine is massively larger than previous Chinese Navy Nuclear Submarines.
Naval News: April Fools: There Is No Type-100 Super Submarine
The Typhoon class is still the King of submarines. China hasn't just launched a submarine which dwarfs it. The Type-100 submarine is fictional.
The world can sleep better knowing that there is no new mega submarine, with 48 missile silos, plus eight ‘hydrosonic’ nuclear torpedoes, plus a submarine on its back, heading through the Suez Canal towards the Arctic.
The article is a joke in the tradition of April 1st being April Fool’s Day.
We hope that you enjoyed it.
Read more ….
WNU Editor: Bastards.
I fell for it …. China's New SLBM Is The Largest Submarine In The World (April 1, 2021).
And what bugs me is that I knew better.
There were many parts of the story that were not right. The satellite image was perfect. I know all the subs that China has, and this was the first time that I heard of the Type-100 super sub …. a big red flag for me. And to top it all off, I did a thorough investigation on any information pertaining to this sub, and found nothing about it. But even with all of these doubts, I still posted the story because I trusted the author H I Sutton.
What can I say …. [email protected]#$#@%$^#Original Article

Previous Tweets Of The Day
Next Editor’s Note