zekal3_3 2021-04-05 Fashion, Life & Love Comments Off on Israeli Officials Say they Are Troubled By The US Position Ahead Of Iran Talks 41 Views 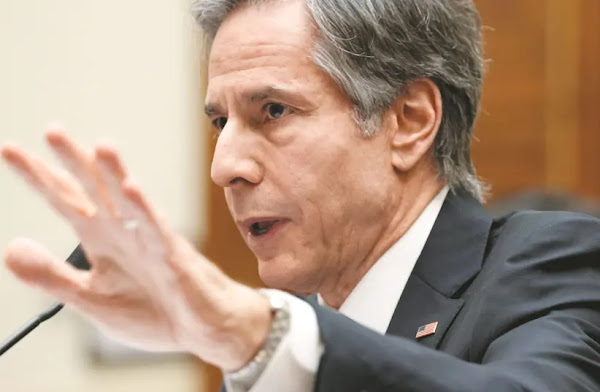 US SECRETARY OF STATE Antony Blinken testifies before the US House Committee on Foreign Affairs in Washington earlier this month. (photo credit: KEN CEDENO/REUTERS)
Jerusalem Post: Israel, in first comment, says troubled by US position ahead of Iran talks
US envoy to Iran Malley says goal is to return to nuclear deal, without calling to strengthen it. Mixed messages from the Biden administration on the Iran nuclear deal days before indirect talks commence in Vienna between the sides are “very troubling,” senior Israel officials said Sunday.
They expressed their concerns after US Special Envoy for Iran Rob Malley, in an interview with PBS on Friday, spoke about a return to the 2015 Joint Comprehensive Plan of Action without any additional elements that would make it “longer and stronger,” as US Secretary of State Antony Blinken has said.
Read more ….
Update: Israel troubled by American stance toward Iran: report (FOX News).
WNU Editor: Indirect U.S. – Iran talks are to start tomorrow …. U.S. And Iran Agree To Indirect Talks Next Week On Returning To Nuclear Deal (April 2, 2021).Original Article