zekal3_3 2 weeks ago Fashion, Life & Love Comments Off on Russian President Vladimir Putin Signs Constitutional Changes That Allows Him To Potentially Remain In Power Until 2036 10 Views 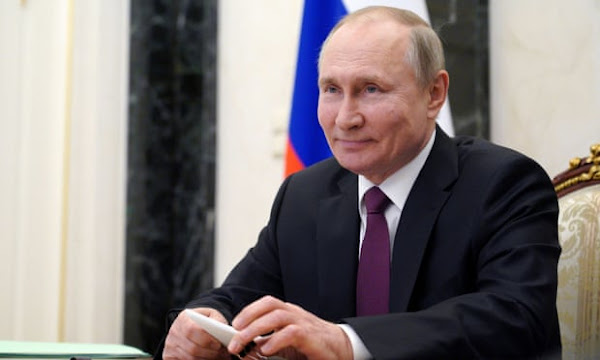 If Putin remains in power until 2036, his tenure will surpass even that of Joseph Stalin. Photograph: Sputnik/Reuters
RFE: Putin Signs Constitutional Changes That Allow Him To Rule Until 2036
MOSCOW — Russian President Vladimir Putin has signed into law a controversial bill that opens the door for him to potentially remain in power until 2036.
The bill, which was recently approved by the lower and upper chambers of parliament, aligns the election laws with constitutional changes approved by voters last year.
One of the constitutional changes resets Putin's term-limit clock to zero, allowing him to seek reelection when his current term expires in 2024, and again in 2030 if he wishes.
Read more ….
WNU editor: I know hundreds of family, friends, and contacts in Russia. No one supports this move by President Putin to change the election law so that he can stay in power until 2036. No one. And some of these people are members of Putin's political party. But it got passed by parliament, and it was signed into law today. All that I can say is that Putin may want to remain President until 2036, but it is not going to be an easy task for him to pull it off.
More News On Russian President Vladimir Putin Signing Constitutional Changes That Will Allow Him To Potentially Remain In Power Until 2036
Putin signs law enabling him to run for president again — TASS
Putin Signs Law Paving Way to Rule Until 2036 — Moscow Times
Putin signs law allowing him to run for two more terms in Kremlin — Reuters
Vladimir Putin passes law that may keep him in office until 2036 — The Guardian
Russia: Vladimir Putin signs law allowing him to rule till 2036 — DWOriginal Article