zekal3_3 2021-04-06 Fashion, Life & Love Comments Off on Kremlin Vows To Retaliate If The US And UK Deploy Intermediate-Range Missiles Near Russia’s Borders 32 Views 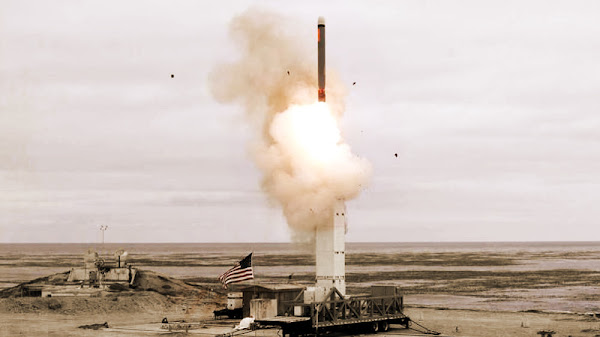 A conventionally configured ground-launched cruise missile is launched in California by the US Department of Defense. (Photo by Reuters)
RT: Moscow pledges retaliation to US & UK plans for rocket deployment in range of Russia’s borders, sparking new missile crisis fears
Russia would be forced to defend itself if Western nations go through with plans to station short- and long-range missiles in Europe, a Moscow diplomat has warned, insisting they could be used to target the country’s air defenses.
In a statement released on Monday, Foreign Ministry spokeswoman Maria Zakharova said that Washington was increasingly discussing proposals to deploy rocket launchers to the continent. Previously banned by the INF Treaty, research and development has reportedly resumed since the pact was torn up in 2019 by then-US President Donald Trump.
Read more ….
Update #1: Moscow may ramp up military response to West’s missile threats — diplomat (TASS) Update #2: Russia concerned over US, UK planning to deploy missiles (DTNext)
WNU Editor: This warning from Moscow follows another warning a few weeks ago on reports that the US will be deploying missiles on Japan …. Moscow promises retaliation if US places previously banned intermediate-range missiles in Japan, within range of Russia’s border (RT).
Sighhhh …. I smell another nuclear and missile arms race about to happen.Original Article