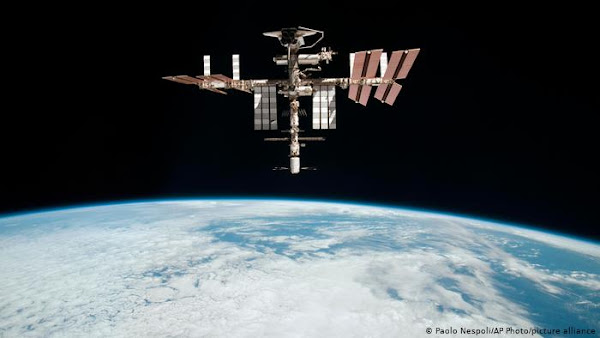 The 20-year-old International Space Station has been orbiting the Earth at about 400 kilometers above the surface.
DW: Russia approves extending space cooperation with US until 2030
The Russian cabinet cleared a proposal to extend a space cooperation agreement with the US for another decade. This comes at a time when Moscow's ties with Washington are at a post-Cold War low.
Russia has extended an agreement on space cooperation with the United States until the end of December 2030, the Russian government said on Saturday.
"The extension of the agreement is in the interests of both parties and will contribute to the effective implementation of joint space projects," the Russian cabinet said in a statement.
Prime Minister Mikhail Mishustin approved the proposal to extend the agreement on cooperation in the exploration and use of outer space for peaceful purposes, it said.
Read more ….
Update #1: Russia backs extending space cooperation deal with U.S. to 2030 – agencies (Reuters) Update #2: Russia Extends Space Cooperation With U.S. Until 2030 (RFE)
WNU Editor: Both sides may have agreed to work together until 2030. But this relationship is on very shaky ground …. New reports detail ongoing space threats, and Russia is raising concerns (Space.com).Original Article