zekal3_3 2 weeks ago Fashion, Life & Love Comments Off on US Imposes Sanctions On Turkey Over Its Purchase Of A Russian S-400 Missile System 12 Views 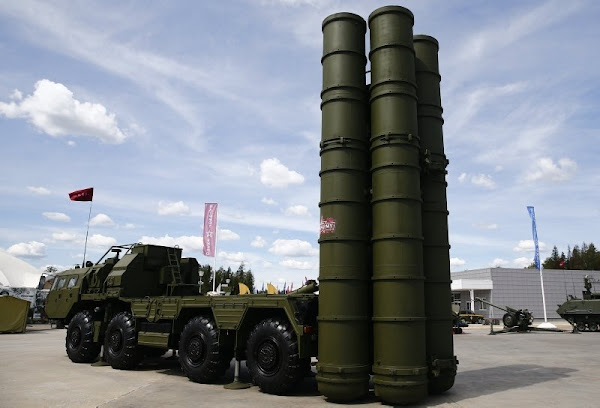 The advanced S-400 Russian air defense system. (AA Photo)
Daily Sabah: US sanctions on Turkish officials over S-400s come into force
The United States' sanctions targeting some Turkish officials and institutions over the country's purchase of the advanced S-400 Russian air defense system will be in force as of Wednesday, the State Department announced late Monday.
"The Secretary of State has determined, pursuant to the Countering America’s Adversaries Through Sanctions Act of 2017 (CAATSA), that the Turkish entity Presidency of Defense Industries (SSB), formerly known as the Undersecretariat for Defense Industries (SSM), has knowingly, on or after August 2, 2017, engaged in a significant transaction with a person that is part of, or operates for or on behalf of, the defense or intelligence sectors of the Government of the Russian Federation," the statement said.
Read more ….
Update #1: US Hits Turkey with Sanctions Over Russian S-400 Missile System (Greek Reporter) Update #2: US Sanctions Turkey for 'Significant' Transaction With Russia, State Department Says (Sputnik)
WNU Editor: A company and four of its top executives are being sanctioned. From my perspective that is not even a slap in the face.Original Article

Previous U.S. Soldiers At Fort Bliss Are Banned From Taking Photos Of Migrant Tents Built To House Unaccompanied Migrants
Next US Navy Chief Says Drones That Swarmed U.S. Warships Off The California Coast In 2019 Are Still Unidentified