It’s Not About Harry And Meghan 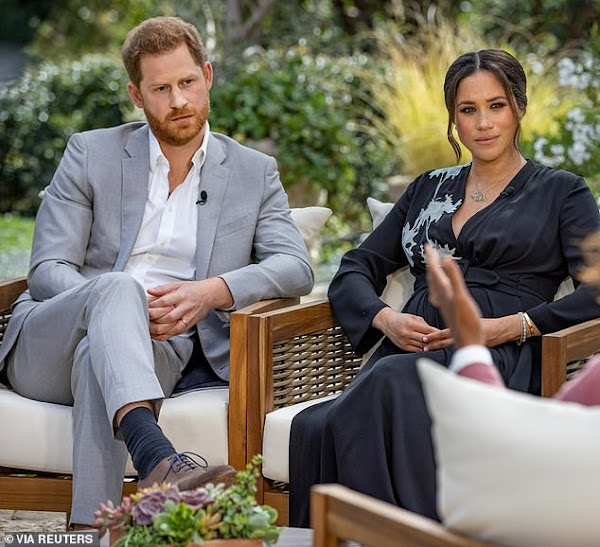 Prince Philip's death comes just a month after Harry and Meghan gave an interview to Oprah in which they alleged racism in the Royal Family. It aired when Philip was in the hospital

Daily Mail: Will Harry and Meghan come back to the UK after Prince Philip's death? Couple's bombshell Oprah interview aired while he was in hospital

* Prince Philip died at Windsor today at the age of 99, Queen has announced

* Prince Harry, his grandson, has not been back to the UK since March 2020

Prince Harry is preparing to return to the UK for the first time since leaving Royal duties after the death of Prince Philip – but questions remain over whether Meghan will join him.

Harry's grandfather's death comes weeks after they gave an interview to Oprah alleging racism in the Royal Family which aired while Philip was in hospital.

The Sussexes, who faced calls to postpone the interview because Philip was unwell, accused an unnamed royal, not the Queen nor the duke, of raising concerns about how dark their son Archie's skin tone would be before he was born.

WNU Editor: Prince Harry will attend the funeral. I am sure he is going to be having some interesting conversations with the family.