zekal3_3 2021-04-09 Fashion, Life & Love Comments Off on Pentagon Frustrated That President Biden Has Not Made An Official Decision On Afghanistan 33 Views 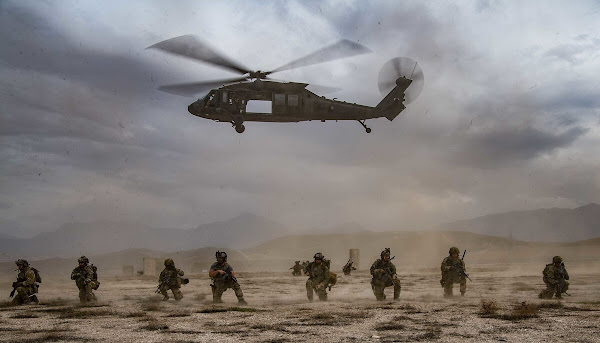 “There needs to be a decision,” said a senior officer. An ex-official said Biden is “dithering” and leaders want him to "tell us what we’re doing here.”

WASHINGTON — President Joe Biden's lack of a final decision on the future status of U.S. troops in Afghanistan just three weeks before a deadline for their complete withdrawal has begun to frustrate some military officials, according to current and former senior U.S. officials.

"There needs to be a decision," a senior military officer said.

A former senior official described Biden as "dithering" and said the view among military leaders is increasingly "just tell us what we're doing here." Whether to abide by the May 1 deadline, and if not how to proceed with a war that began 20 years ago this fall, is among the first high-stakes foreign policy decisions Biden has faced since taking office.

WNU Editor: The Biden administration does not know what to do. Hence these US troops are staying.

Previous Taiwan Says It Will Shoot Down Chinese Drones If They Enter Taiwanese Restricted Waters Or Airspace In The South China Sea
Next U.S., Iraq Agree On Withdrawal Of U.S. Combat Troops. Exact Date Will Be Determined Later