zekal3_3 2021-04-09 Fashion, Life & Love Comments Off on Taiwan Says It Will Shoot Down Chinese Drones If They Enter Taiwanese Restricted Waters Or Airspace In The South China Sea 36 Views 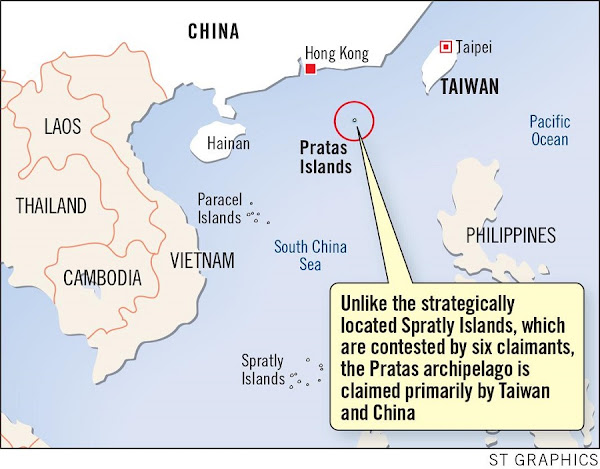 Taiwan News: Taiwan may shoot down Chinese drones if they fly over Dongsha Islands

China has stepped up military pressure amid strengthening Taiwan-US ties

TAIPEI (Taiwan News) — Taiwan’s Coast Guard Administration has been tracking Chinese drones around the Dongsha Islands (東沙群島, Pratas Islands) in the disputed South China Sea and may shoot them down if they enter Taiwanese restricted waters or airspace.

Speaking in the legislature on Wednesday (April 7), Lee Chung-wei (李仲威) — head of the Ocean Affairs Council that oversees the Coast Guard — said Chinese drones have been spotted circling the Dongsha Islands recently but noted that they have not flown directly over the islands.

“They've never entered our restricted waters and airspace; they have just flown around them at a certain distance,” Reuters cited Lee as saying.

WNU Editor: I for one would not be surprised if China tests this Taiwanese warning sometime this year.