China Warns Taiwan That Its Military Does ‘Not Stand A Chance’ 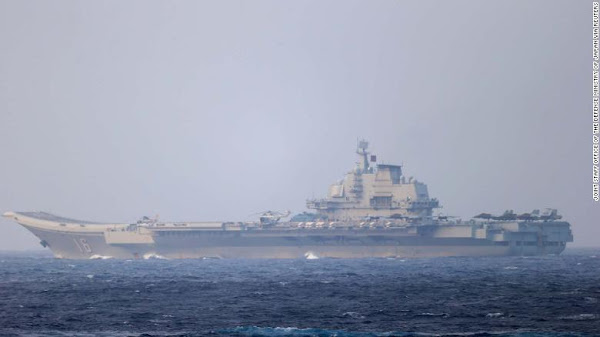 Chinese aircraft carrier Liaoning sails through the Miyako Strait near Okinawa in this photo released by Japan's Defense Ministry on April 4, 2021.

New provocative language from Beijing comes amid heightened tensions in the region and new fears from the U.S. military about China’s willingness to invade the island nation.

Beijing on Friday issued new threats against Taiwan at a time of near unprecedented tensions around the island nation, saying its military "won't stand a chance" if China chose to invade.

The threat comes amid a series of provocative actions and warnings in recent days by the Chinese military – the People's Liberation Army or PLA – including a series of air and naval incursions into territory that Taiwan claims as its own.

Beijing considers Taiwan a renegade province of mainland China, not a sovereign nation. "The PLA exercises are not only warnings, but also show real capabilities and pragmatically practicing reunifying the island, if it comes to that," an unnamed told the Chinese state news service Global Times in a fiery article it published Friday morning.

It added that the people of Taiwan are "dashing into a war that they cannot win."